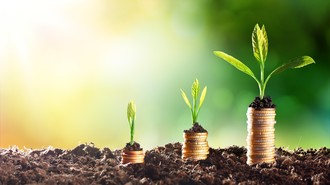 Our rapidly expanding region means pressure to expand all types of infrastructure. With $81 million dollars in capital investments to ensure the water and wastewater infrastructure are in place for development to occur, Aquatera Utilities faces the challenge of ensuring the needs of the communities it serves are met, while balancing how these projects are paid for.

The most significant current investments for the region will include connecting the Clairmont wastewater system to the Grande Prairie system – providing long term growth for the Clairmont area, with reduced environmental impacts.  This will complete a multi-year project that included a new 116 Street sewer trunk to service new commercial and industrial growth in the west of the City.

Also planned are major upgrades to river facilities, which will provide for increased raw water storage, increased intake capacity and help protect against flooding and erosion.

Other major investments include water and sewer upgrades as part of the City’s Downtown Enhancement Project to support future intensified redevelopment and Sexsmith’s 95 Avenue sanitary sewer upgrade for new growth in the town.

Aquatera recently completed a $61 million upgrade of its Wastewater Treatment Plant to accommodate 25 years of projected regional growth and improve nutrient removal to reduce the impact on the Wapiti River.

What exactly is the Infrastructure Charge?

The Infrastructure Charge is based on the demand placed on the water / sewer system as governed by the size of the water service.  A demand based charge avoids the perceived inequity in a land based charge. For instance, a large parcel with a small water demand, like a pipe yard, paying a much higher levy compared to a relatively small parcel of land with a high water demand like a hotel.

But who pays for growth?

Developers contribute to the off-site infrastructure costs of growth – a system that’s existed since the 1970’s in some form, mainly in the form of off-site levies.

Development levies are typically applied at a development agreement stage between a developer and a municipality, based on the area of land being developed and are paid for by the developer. The costs of levies then become part of the land price.

Developers pay for the cost of infrastructure that is internal or ‘on-site’ to a new community – things like your neighbourhood streets and sidewalks, water and sewer mains, street signs and bus stops.  When a new community is built, residents will also be relying on infrastructure outside or ‘off-site’ of that new community. This includes the infrastructure needed to get clean drinking water to these new homes and bring wastewater back to be treated.

The Infrastructure Charge is paid for at the time of applying for a water meter, typically by the builder, as late in the development process as possible to reduce ‘carrying costs’ of a charge paid initially say by the developer.

In the end, it’s the owner that pays for the Infrastructure Charge as part of the overall cost of the new home or building.

As indicated in chart above, the Infrastructure Charge revenue only recovers a fraction of the growth related capital expenditure (CAPEX) required to keep our communities growing. The remainder is paid through cash and debt (funded through utility charges to all customers), contributions from shareholder municipalities and government grants.

Aquatera Shareholders have contributed to capital projects on a number of occasions, including $4 million received from the City of Grande Prairie in 2015 for the 116 Ave Street Trunk Sewer Trunk and $150,000 from the Town of Sexsmith to complete a sewer expansion.

In 2017, $2.5 million from the County of Grande Prairie will help fund the Clairmont Lagoon Discharge project and $450,000 from the Town of Sexsmith will ensure the 95th Avenue Sewer Line Upgrade is complete.

Government grants also help fund necessary capital projects. $10 million from the Government of Canada was allocated to the $61 million Wastewater Treatment Plant upgrade completed in 2015, $3 million in Federal/Provincial funding was applied to the initial 116 Street Trunk Sewer and in 2017, $12 million from Provincial and Federal funding will lessen the impact of the $17.3 million Clairmont Lagoon Discharge Project.

On average, Aquatera receives $3.5 to $8.5 million, depending on the growth of the region, in revenue from Infrastructure Charges each year. Without it, Aquatera would look to recover the revenue through other means in order to fund the growth related projects necessary to meet the needs of its shareholder communities.

Without this revenue, Aquatera would need to pay for growth through additional cash and debt, which ultimately comes from the utility rates paid by all customers.

Aquatera’s Infrastructure Charge Policy is will be reviewed in 2018 with stakeholder input.  Topics to be open for change include who pays for growth (developers or builders vs. all utility customers)? And how much? This conversation will be about finding the right balance in paying for the costs of growth between new development and all utility customers.