Nip it in the Butt 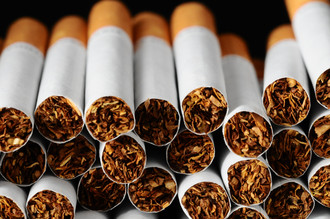 I grew up in a house of smokers. You know that PHOTO that has been passed around social media, the one with the child blowing out their birthday candles over top of an ashtray? Well… that was my childhood - as I’m sure it was for many 80’s babies.

One night, I decided that I would give my parents a little nudge to quit this filthy habit. In the middle of the night, while everyone was sleeping, I snuck into the kitchen and found their pack of cigarettes, broke them all in half and proceeded to flush them down the toilet (please understand, I was just a child!).

While a single cigarette butt isn’t likely to clog your pipes right away, over time they can build up and cause blockages in pipes, plumbing and sewer systems. Contributing to that is the fact that cigarette butts are made out of cellulose acetate, a plastic that doesn’t break down or biodegrade, meaning they can sit there until your system is completely backed up and overflowing all over your bathroom floor.

I’ve said it before and I’ll say it again – flushing items that are not intended to be flushed will, at some point, result in costly repairs and disruptive excavation. It’s just a matter of time.

And while we have control over where cigarette butts go, many that are directly affected by them don’t. And that is just heartbreaking. A STUDY out of San Diego State University suggests that just one used cigarette butt in a single litre of water is enough to kill both marine and freshwater fish. That’s easy to believe given that one cigarette contains more than 7000 harmful chemicals.

The best way to ensure we are not affected by clogged pipes, or contributing to environmental pollution, is to kick this filthy habit! With the new year upon us, I encourage you to save your pipes, your planet and yourself.